Judith Rastall has put together a very detailed Type 4 prototype page which you can find here.

In 1966 Volkswagen built the prototype that eventually became the VW 411 just a couple years later. Its name was EA 142 (Entwicklungsauftrag 142), which translates to “Development Order 142”.

Technologically the EA 142 was very close to finished. It sported the same 1.7 liter engine that would appear in the final product. Various designs were tested and developed, among them a notchback sedan that would never see production. The AutoMuseum in Wolfsburg has this notchback design prototype which is pictured below. 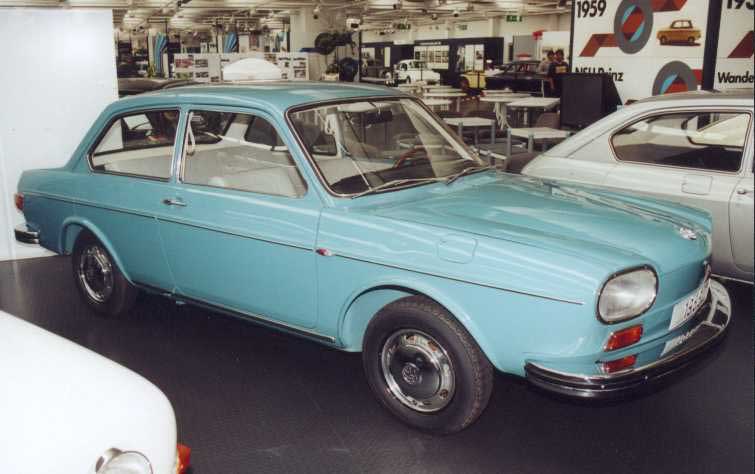